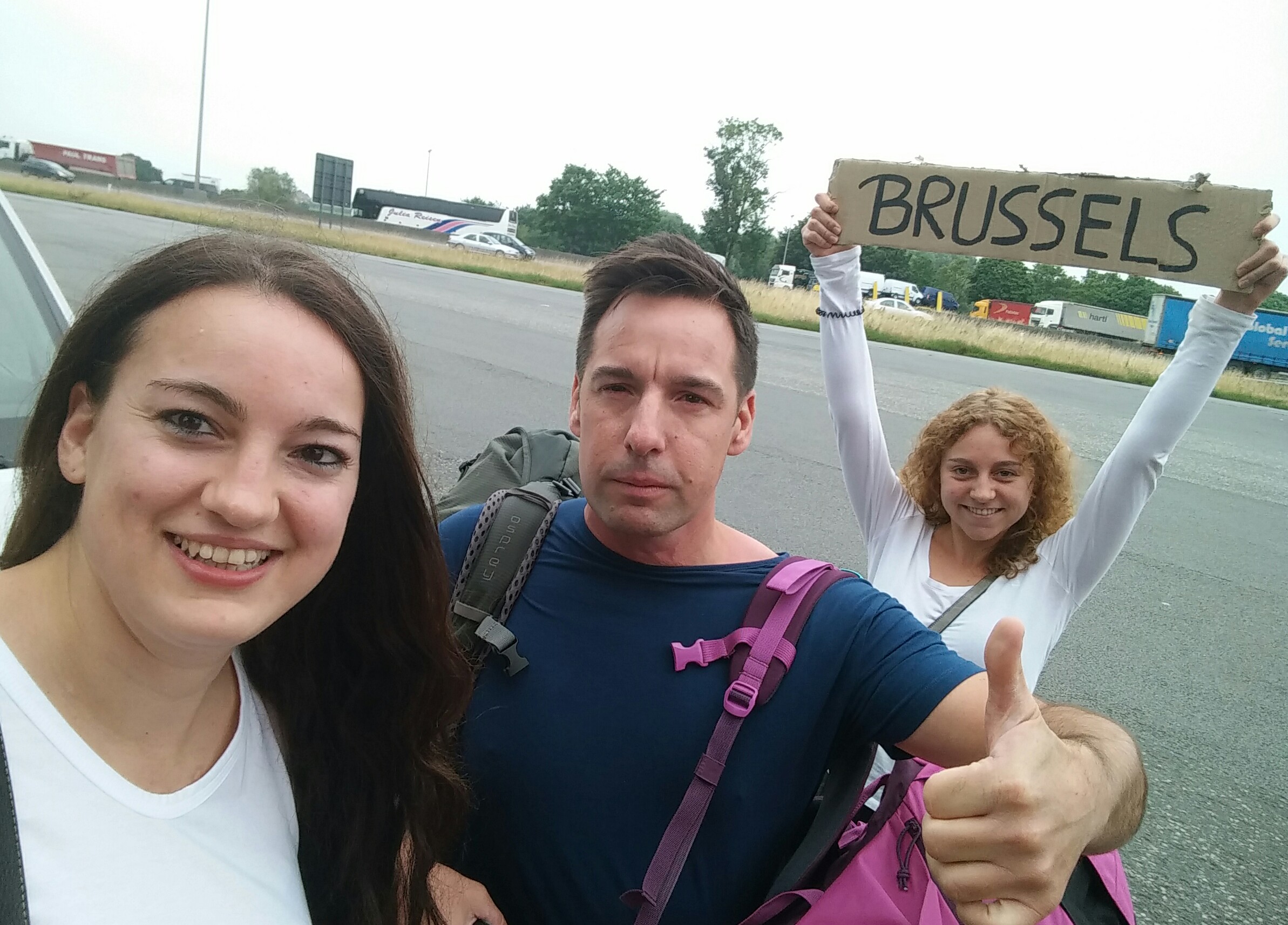 Today was already the second day of Barcelona Express for the Dutch competition (Go Dutch!). And let me tell you, it was again a great day.

So the team behind Barcelona Express organizes a bunch of events in the evening after the hitchhiking is done. I am convinced they forgot that people need sleep. Last nighs schedule involved the winners to be announced at midnight, followed by a party UNTIL 3 AM. 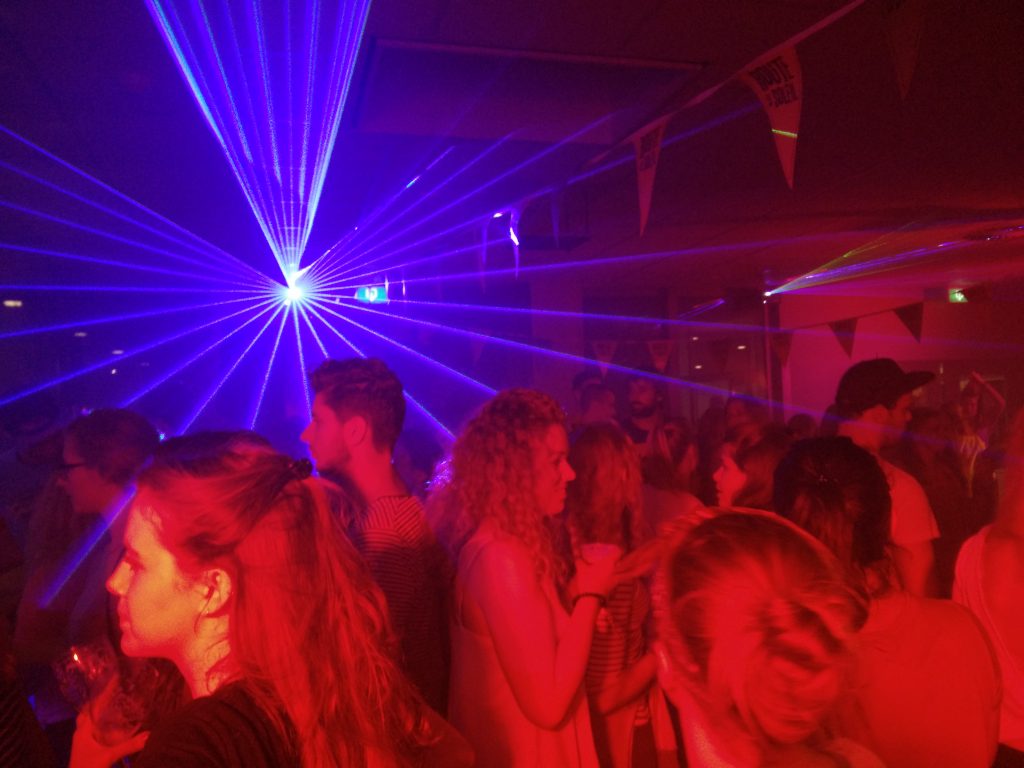 Given Charlotte and me were up at 4AM the day before… That was not going to happen.. We just nearly managed to keep our eyes open until midnight and once winners were announced we quickly had a shower and headed off to bed… We managed to get a whole 6 hours of sleep. Wahey. Haha.

PS. No I am not getting old, a lot of younger people were struggling with this schedule after such an eventful first day. 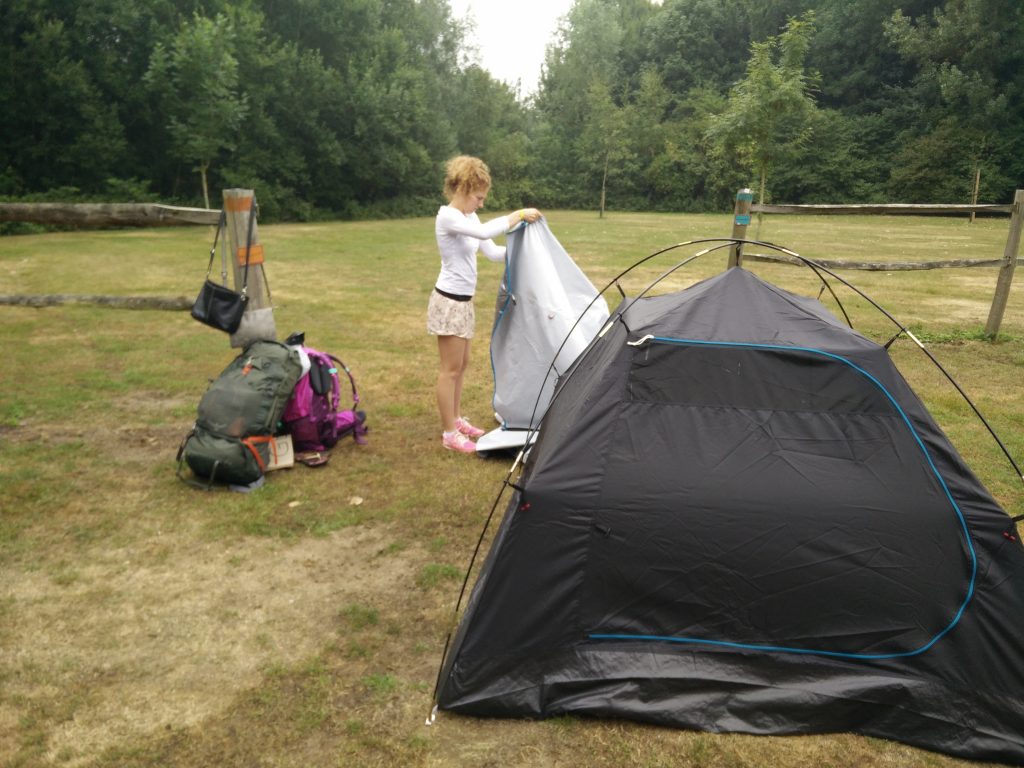 This morning we woke up around 7:30 and quickly packed our stuff etc. Charlotte and me booked the “food package” which includes breakfast and dinner during the hitchhiking stages. So we were looking forward to having a nice relaxing and solid breakfast ahead of starting our second day of hitchhiking. Sadly none of our expectations were met there as the breakfast lady of the camping offered us a whole cup of coffee and just one croissant. That’s it, nothing more, nothing less. Well thanks…. Hopefully that’s a one off because else we seriously wasted money on the food package…

After our ‘mighty’ breakfast we set off for our hitchhiking adventure. This time we expected to have a struggling start as all 56 Dutch teams left at the same time, headed towards a fairly quiet road. We could only imagine how surprised the regular drivers of that road would be when all of a sudden over a 100 people would be standing around with their thumbs up in the air.

However, within less than 5 minutes Charlotte and me managed to catch a ride already. 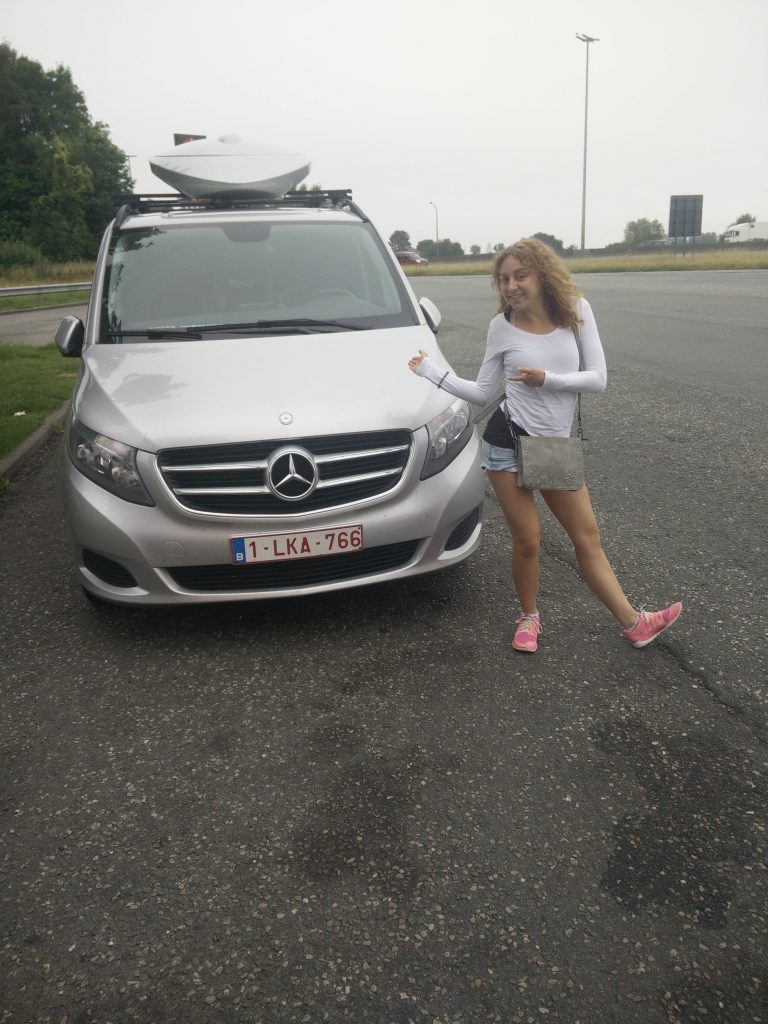 Truth be told, we got super lucky. A very nice guy called Pascal pulled over. He was driving a van and told us we could throw our bags in the front but we had to sit in the back of the van. Writing this now I realize how dodgy that sounds but not at any given moment did it feel wrong. So easy peasy, bags in the front and then when we opened the sliding door of the van….. Well look for yourself:

What a way to start our day huh?! We got to ride with Pascal until the first big gas station just before Brussels.

The next stage that we were aiming for was Luxembourg. But we decided not to be too picky as it was incredibly crowded at the gas station with other hitchhikers, causing quite a bit of mayhem. Within 20 minutes or so though we found a ride to just after Charleroi / near Namur. A great guy called Olivier offered us a ride. 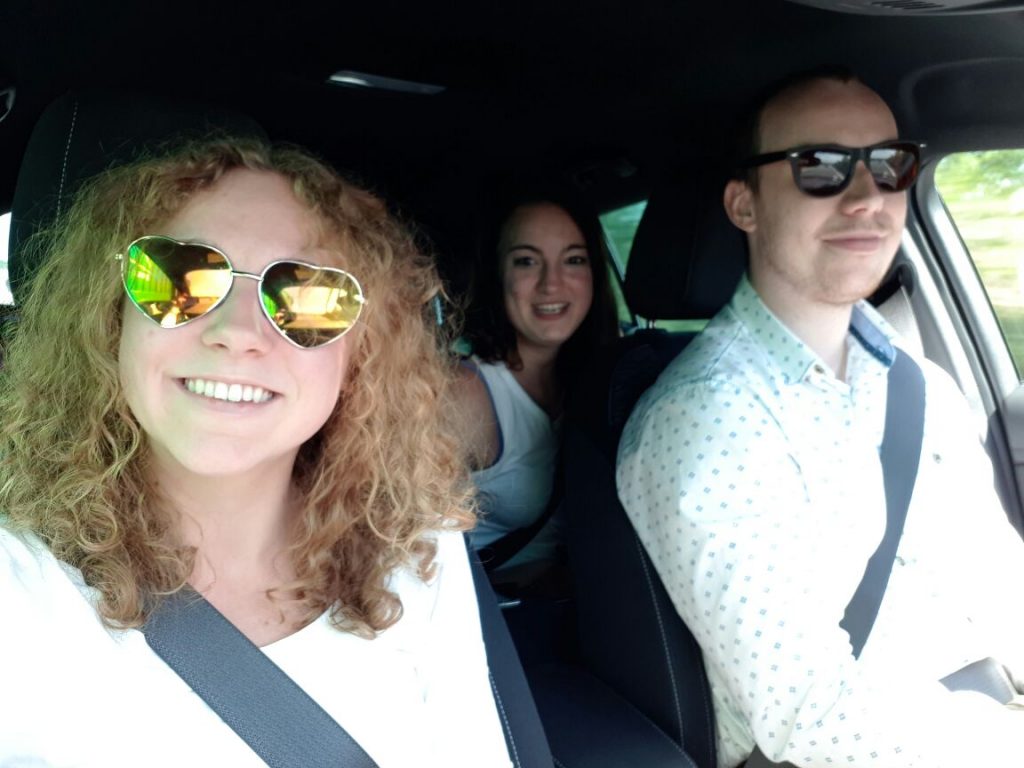 Whilst we were driving and chatting Olivier decided that he would bring us to Luxembourg!! I guess he was having just as a good time as we were, but what a shocker.

Driving the extra distance of 160KM (one way) Olivier was our absolute hero. What a guy. Really, its moments like these that just make adventures the great things that they are. Olivier, if you’re reading this… Thank you!! 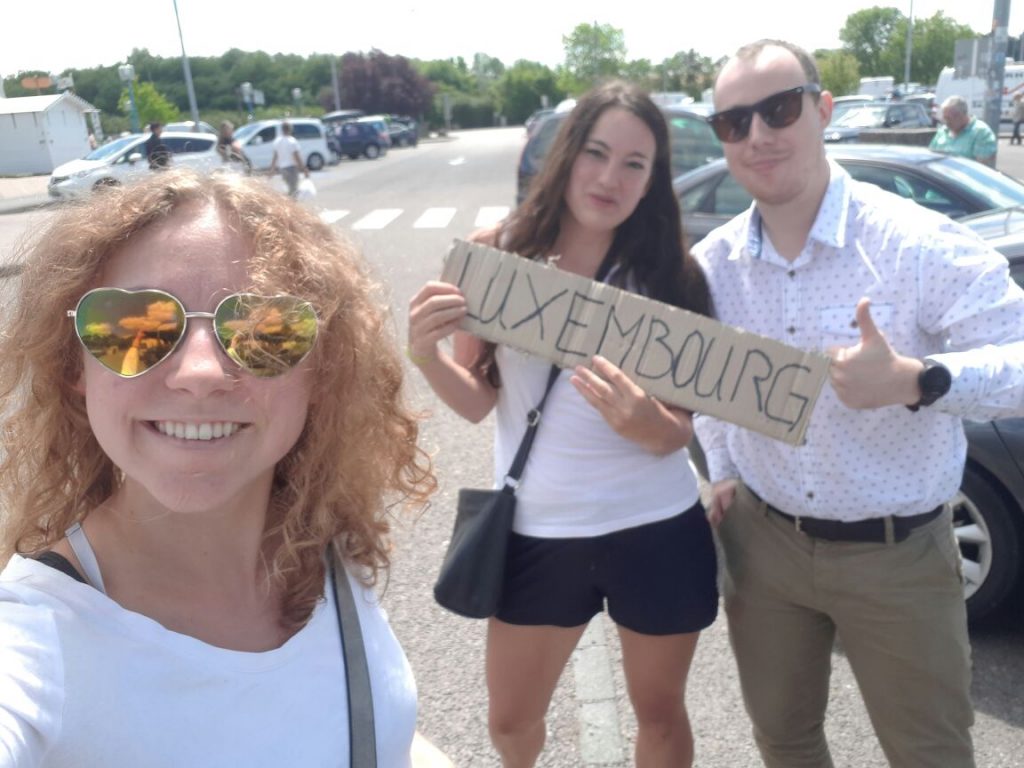 Olivier had dropped us off at a big gas station just underneath Luxembourg, strategically convenient for a ride to Nancy. Every day Barcelona Express makes you meet certain requirements. Today we had to make sure to drive with a car with a French license plate. As we had so far only used Belgium cars it was time to bite the bullet and approach the French. Given neither Charlotte nor myself speak French we had been putting it off a bit. Scared of the language barrier.

We quickly got ourselves a nice ice cream from inside the gas station and started approaching French cars. Most people politely refused us a ride but within decent time we got lucky again.

We managed to persuade nice English speaking guy called Didier to give us a ride towards Nancy. He was on his way to Switzerland and fortunately there were 2 routes he could take to Switzerland that went over Nancy. Score! The only stop had to make was in Metz for a quick delivery. Given we already did deliveries as well the day before with Marouane we explained we were experienced couriers!

Whilst we were getting our stuff in Didier’s car, with the French license plate, we discovered his native language was Dutch! Result. He’s actually from Belgium but works for a French company which explains the license plate. 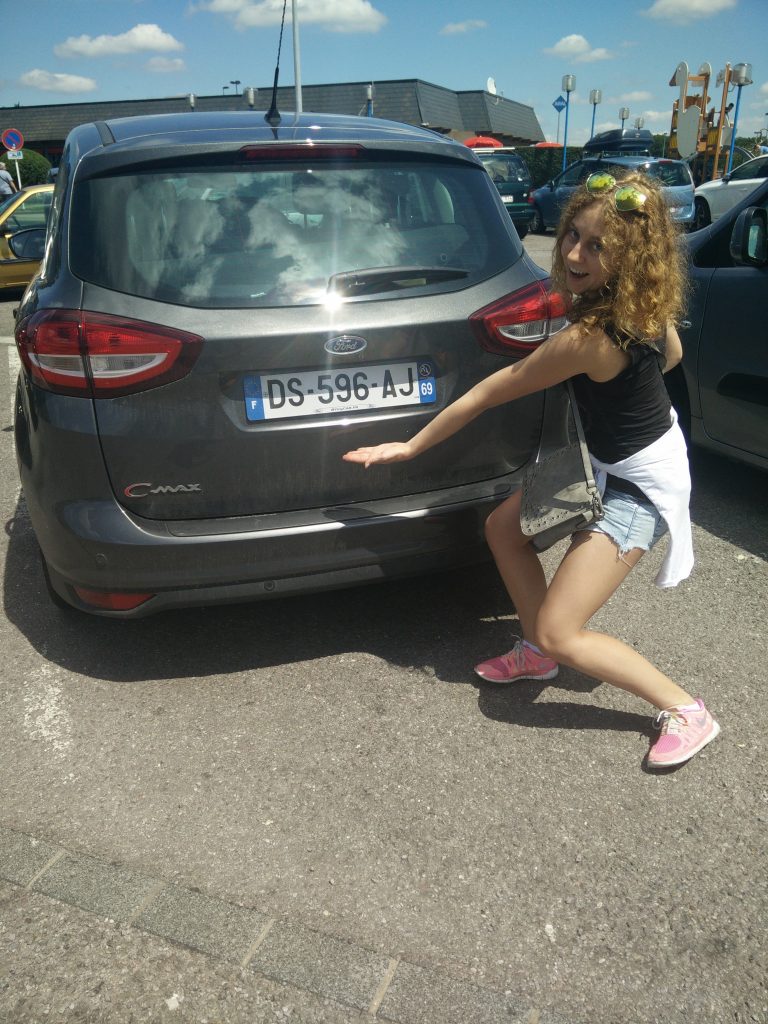 During the short detour Didier had to take we got on the Tour de France track that had just passed by. They literally were opening the roads when we got there, we got sooo lucky. Our hitchhiking competition is quite close with the Tour de France ATM and I’m curious if we will experience more traffic happenings due to it.

So we managed to get from Gent to Nancy in 5,5 hours and only used 3 cars! The kindness of Pascal, Olivier and Didier really helped us so much today in the competition and Charlotte and me are really curious on how we did. We were in the first bus that was transporting us from the village to Nueves Maisons. 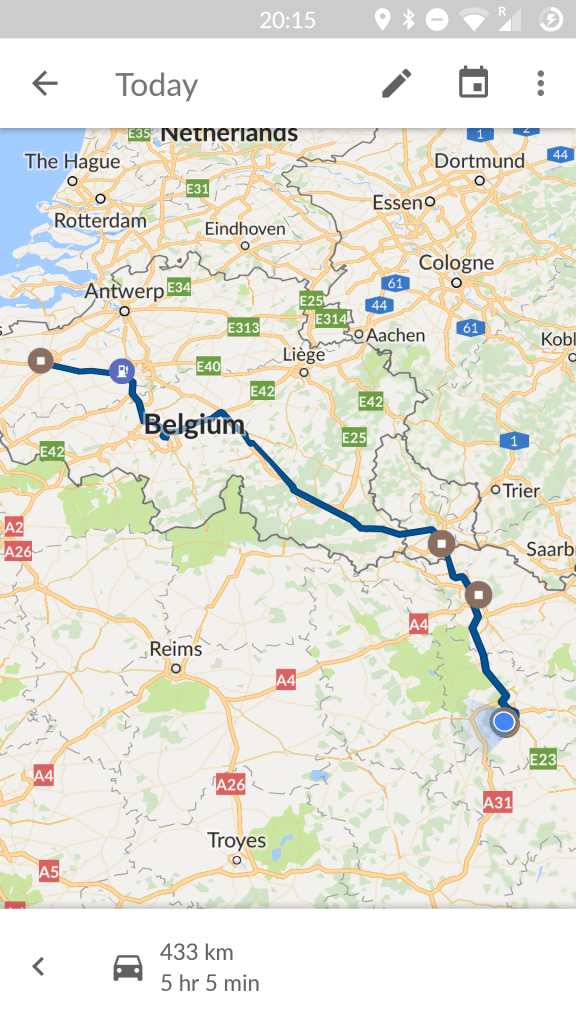 Tonight we’re sleeping at a really special location…. Fort Aventure. A real fort that is in the hills near Nancy, incredibly remote. We set up our tent in the meadow of the fort.

After that we headed towards the fort for some arrow shooting. Depending on how well we did we could deduct some time from our hitchhike time. We scored 2 points 😀

After enjoying a nice BBQ we then went on to the ziplining…. What can I say… We’ve been busy!

Don't be afraid to go left when everyone is going

How do you like my new mask? The Tusa Paragon 🥰

When the sun goes down, it's time to go night divi