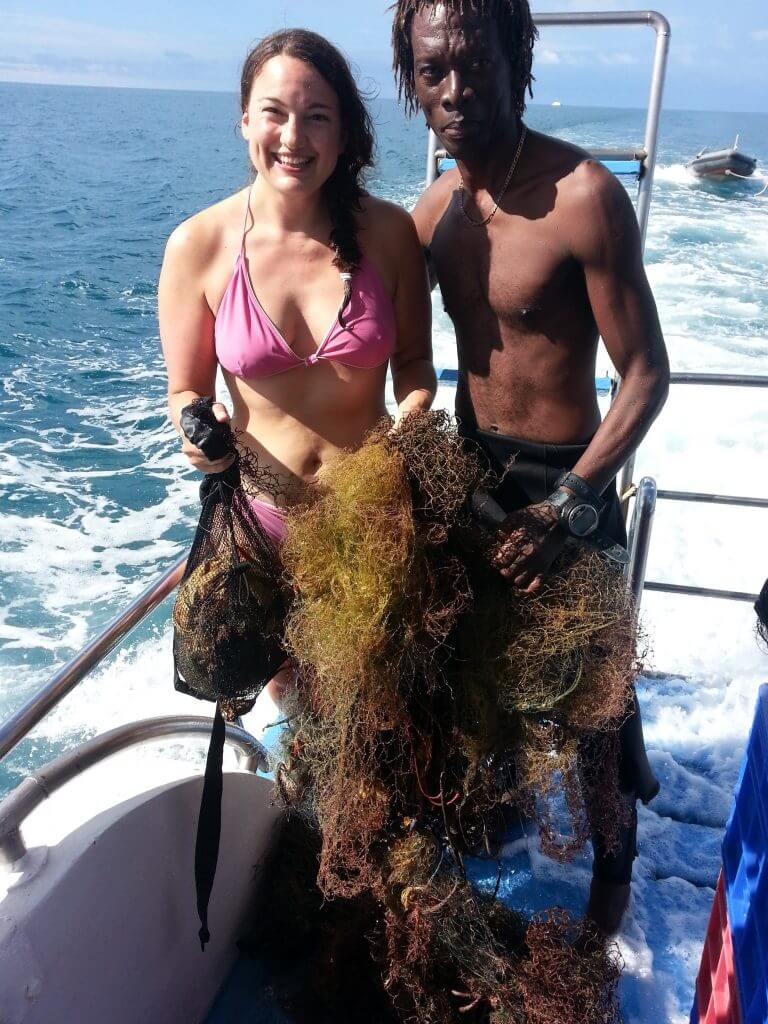 Last week I successfully “fished” up around 19kg of fish nets, as well as another 1kg of random trash like electric wire, pcv pipe, bags and fish hooks. The dive I did this on was a “Dive against debris dive“. My dive buddy, Johnny, was doing the corresponding specialty; PADI Dive Against Debris.

I’m an enormous fan of clean up dives. I did two in the past, one in Bonaire and one in Costa-Rica. Besides those dives, I usually dive with at least one knife and always take with me what I come across with during my dives. Especially on the Big Island of Hawaii I’ve spent quite some time removing fishing lines in certain dive spots. This is also where I got my first scar, cutting in my own finger at 30 meters depth…. But nevermind that now. 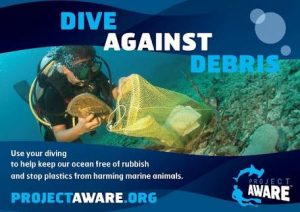 Cleaning up the ocean is a hobby of mine. I wish I could do it everyday. It gives me a feeling of accomplishment and it contributes towards the health of our ocean. Win-win. So when Ann, the Master Instructor on my liveaboard, told me she had a student doing the Dive Against Debris specialty that needed a buddy… I didn’t have to think twice. I immediately volunteered.

Johnny, my buddy, was tasked with doing a clean-up dive on the Boonsung Wreck. A wreck located just off the coast of Khao Lak, Thailand. For many liveaboards this wreck is their last dive stop before getting ashore. Ann told us that the wreck often is covered in nets, some so old that new life has begun to grow on them but also quite some fresh/new nets. Our mission was to focus on the new nets and any other trash laying around. 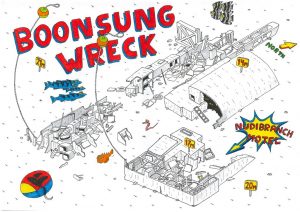 As preparation for the dive I borrowed Ann’s Project Aware mesh bag and a knife from JT, a divemaster trainee. Our dive was going to be 40 minutes as the liveaboard had a schedule to keep. The depth of the dive site was only 18 meters (60 feet). Within a minute or so of reaching the wreck, Johnny found the first piece of fish tack and quite shortly after reached nets. Nets stuck around the metal framework of the wreck.

After proper examination we determined that there was no life on these nets and Johnny started to cut away the nets from the wreck. In the mean time I was freeing conch shell’s from the net, but it looked like they were long dead. Net after net followed, with the occasional other piece of trash like electric wire and what not…. After 30 minutes both our hands were full and it was time to figure out how to ascend with it all. Johnny has brought an Surface Marker Buoy (SMB) with an extra strong rope. He got all the net together and wrapped the rope properly around it tying it all together. Then we slowly put air in the SMB creating an improvised lift bag. This worked like a charm. Slowly we ascended with the nets and mesh bag. It created quite some curious looks from all the other divers at the safety stop! Exactly 40 minutes later we ascended…. 20kg heavier than when we left! 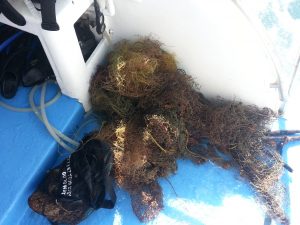 The next part of the job was to log everything on the Project Aware Dive Against Debris app. Basically you log how much you found of each item. In our case, 19kg of net and another 1kg or so of random rubbish. 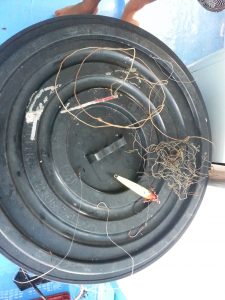 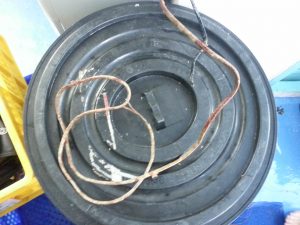 Johnny and me could have stayed another 5 hours at this wreck and we wouldn’t have been able to remove it all. I’m happy that Ann decided to do the Debris Dive here and I know she has organised many of these dives at this site in the past. What would really help is that confident divers, with a good control of their buoyancy, would bring a knife more often on their dives and actually use it when they see some line. Of course also pick up any other trash. If every diver just cut a few pieces of net/line, it would make such a difference. Do keep in mind it is very important to have a good buoyancy, because else you’d be risking damaging the corals around you… Doing more harm than good whilst trying to help.

Also… If anyone knows of a paid job to clean up fishing nets, let me know. I’m interested! 😉 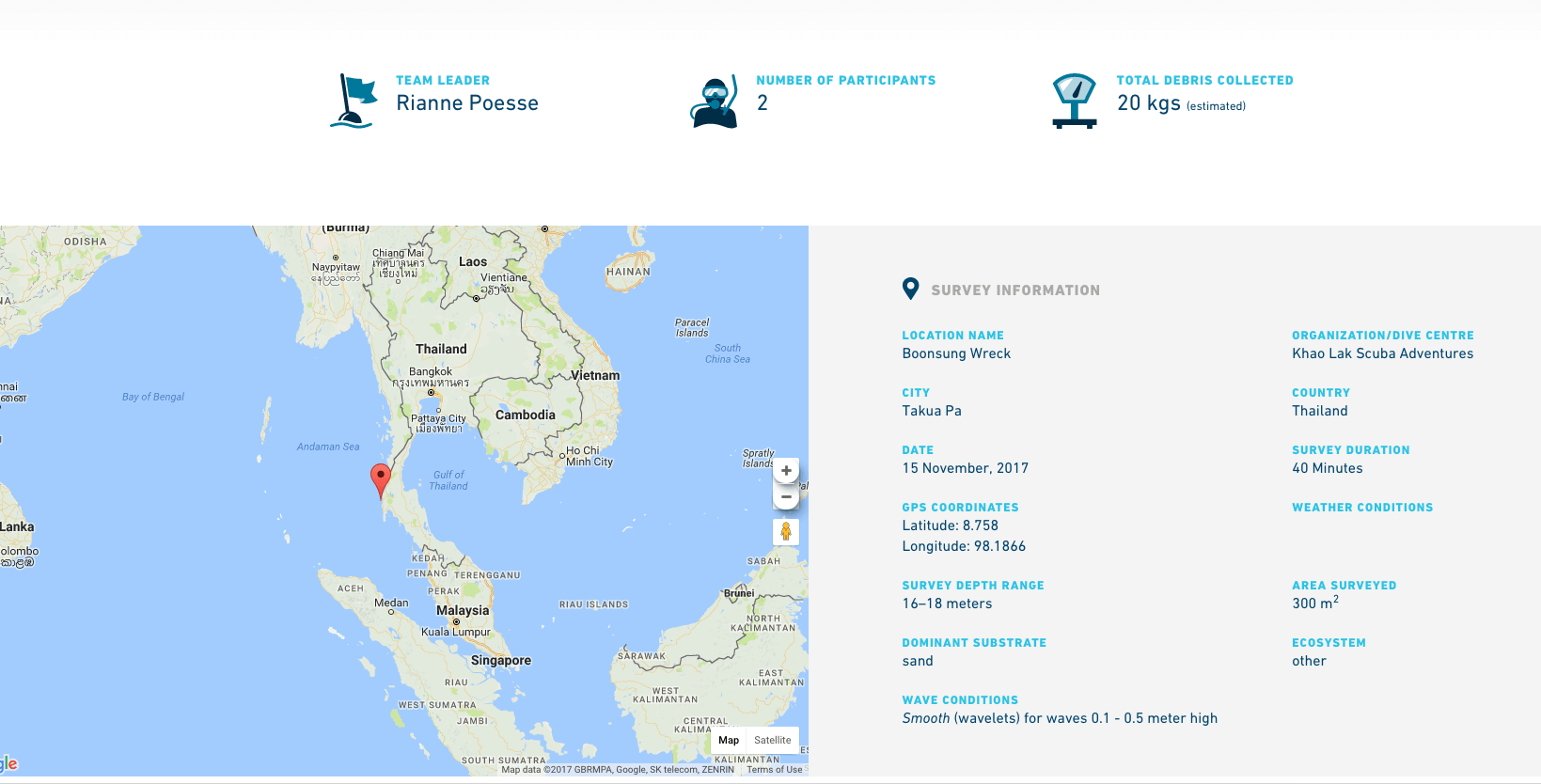 1 thought on “Dive Against Debris Dive”