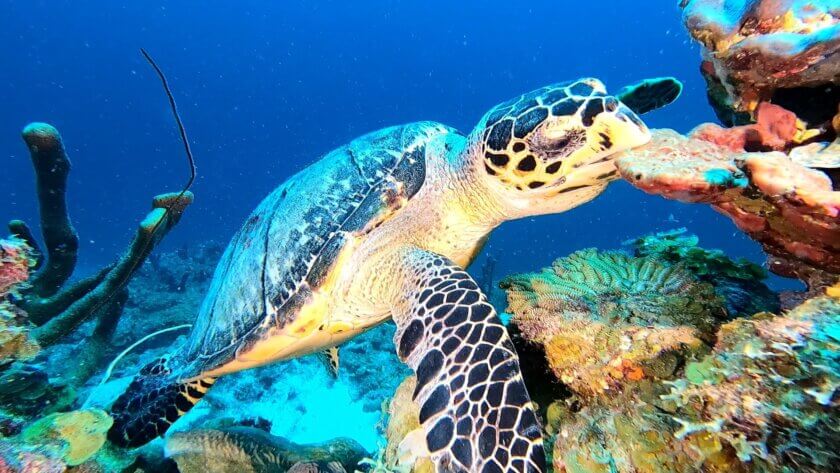 Hawksbill, Stingray and Eagle rays – all whilst Scuba Diving at Weber’s Joy in Bonaire!

In the North West of Bonaire is the dive site Weber’s Joy located – also known as Witches hut. It’s a very easy dive site to park at and enter the water from shore. Usually there is no current, which makes it a great site for beginning divers that just want to enjoy a nice and easy dive whilst being treated to a lot of different marine life. It’s definitely one of my favourite dive sites on the island. Whilst writing this blog I realise I should go back soon there again – just to see what else is out there. 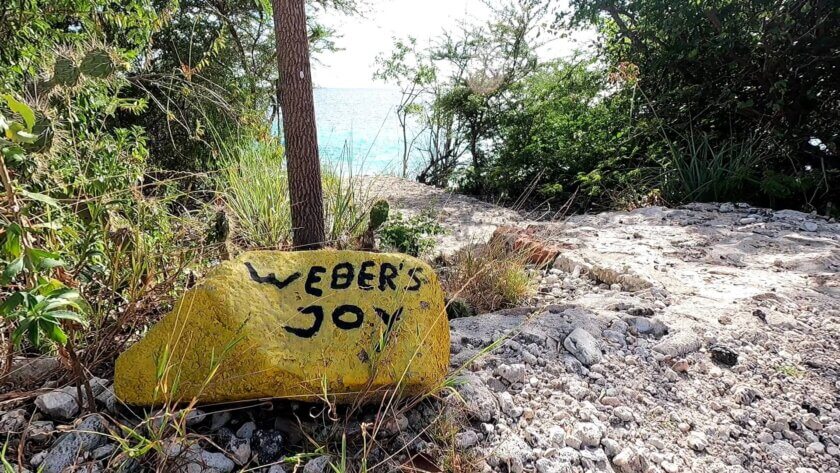 For a full Dive Site report I like to invite you to visit Weber’s Joy – Bonaire Digital. 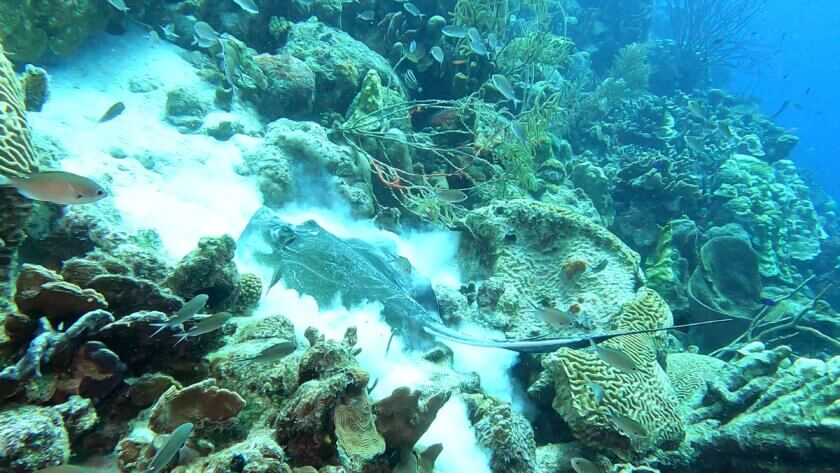 Weber’s Joy is for both snorkelers as scuba divers a suitable site to visit. Diving is superb and snorkeling is okay. There are a few better snorkeling places as the reef really begins at 8m/24ft depth, but even in the sandy shallows there’s fish on and about. There is buoy at Weber’s Joy but I always decent way before it. On my first dive ever I went to the left after entry and got a sandstorm performance from a Stingray at 10m/30ft and it was just the greatest thing ever!! You should really watch my video below to see this in full effect.

As with most dive sites I find that around 10-15meter most marine life is encountered. For Weber’s Joy there’s a huge exception for the Eagle Rays that I spotted and the hawksbill turtle. Both were around 30 m/100ft depth. So there is stuff going on in the deep for sure. Having said that, there’s also plenty of good stuff more shallow due to the great diversity of soft and hard corals that in turn attract a great diversity of different fish.

For me the coolest encounter was the Hawksbill Turtle that first was taking care of an itch using a coral and then later on in the dive cave a demonstration of why he has such a sharp beak.

I’ve made a short video about Scuba Diving at Weber’s Joy. You should watch it to get a good impression of what to expect at this dive site. Don’t forget to subscribe 🙏

Disclaimer: Currently I’m living in Bonaire – living and diving my best life! Every few days I’ll be reporting on a specific dive site that I’ve been diving. Make sure you visit Bonaire.Digital – Bonaire’s Digital Dive Guide as well if you’re looking for information on shore and boat diving in Bonaire.

1 thought on “Hawksbill, Stingray and Eagle rays – all whilst Scuba Diving at Weber’s Joy in Bonaire!”