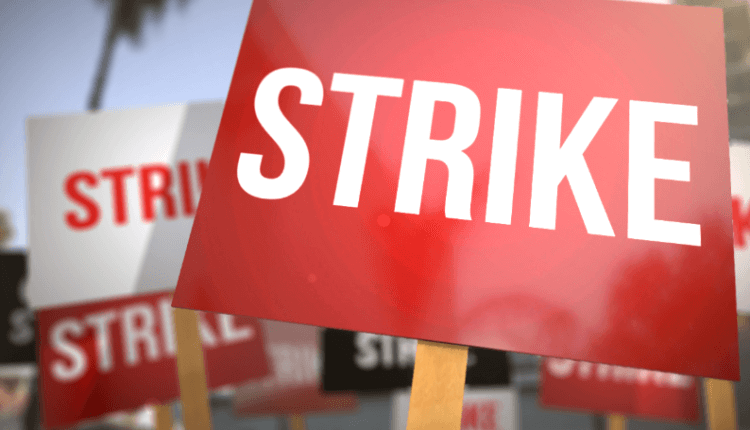 Red Sea on Strike – No scuba diving this weekend!

Suddenly on Friday night (last night at the time of writing this), posts started to appear on Facebook from several dive centers in Egypt that they were going on strike this weekend. The reason? The Egyptian government announced new scuba diving and snorkeling taxes a day earlier. When these taxes are starting, you ask? Today! (28 Dec’ 19). Yikes!!

The new Dive and Snorkel Taxes in Egypt

So what taxes are we talking about? Glad you asked! 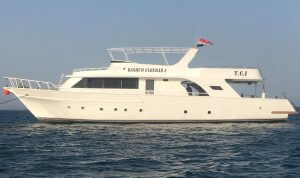 Most boats in the Red Sea are longer than 17 meters. For example the day boat of TGI Diving in Marsa Alam, the Rasheed, is 26 meters and would have an extra tax of $50,- per day.

As of right now, there’s also no extra tax on shore diving.

Is it out of proportion?

To judge an increase it’s always necessary to know the current prices for diving and corresponding taxes. Right now a day of diving, 2 tanks with no extra’s goes for between 50 and 65 dollars in the dive centers. This price includes the sales tax and snacks/lunch. These prices, besides the fantastic red sea diving, make Egypt one of the world’s most popular diving destinations in the world!

*120 dollar because the boat tax needs to be calculated twice, day and night.

Absolutely no pre-warning about this tax was given

Worse than the actual tax is the way it was done…. The Egyptian goverment didn’t tell the dive centers anything about this tax increase at all, until YESTERDAY. And it’s effective today! This creates the biggest of problems for all the dive companies, both day boat and liveaboard… because most diving has been pre-booked and PAID!

Liveaboards get hit for thousands….

So this means a full liveaboard of 20 guests now has an extra tax of over $2000,-! And who is going to pay that? Many companies are to proud and correct to charge it to their customers as it’s really poor form of business to charge stuff like this afterwards… but being good businessmen means they’ll take a huge financial hit for every liveaboard trip they’ve already sold. And let me give you a quick insight, more than half of all the liveaboards for 2020 are already sold. So,  now we’re talking thousands and thousands of dollars the Egyptian government is all of a sudden demanding. With the emphazis on all of a sudden, because two days ago… nobody knew anything.

If the dive centers accept being treated like this now… what is next I wonder???

Smaller scuba dive centers will struggle to stay in business

I personally think that this tax is quite an increase! Considering the last minute announcement and all the extra administration AND financial risks this brings for the smaller dive center. Because can they guarantee that they can even get 8 people per day on their boats to keep boat tax managable? I can tell you right now, not in low season. And even in high season smaller centers might not make these numbers.

And how do the dive centers even charge this to the clients? The per person tax is “easy”  but the boat tax…. How many people do they divide by? They’re almost forced to over charge to stay on the safe side of not having to give up some of their profit if they don’t make the numbers. And seriously of the 50/60 bucks that they charge they really don’t make much profit. 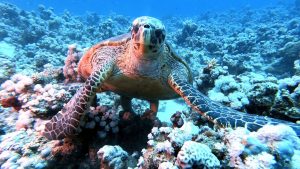 How long will the strike be?

The dive centers have announced that ALL dive centers (not confirmed) will close their doors on the 28th and 29th of December. News is still coming in. Some might just cancel boat diving but still offer shore diving. At the time of writing (early morning 28th of December) there’s no announcements made on liveaboards. I’m assuming they are going about their business as usual as the effects are not as big on them as on the day boats.

Compensation for dive bookings during the strike

Many dive centers have offered their customers solutions that work for everyone, such a shore diving (not taxed) as well as refunds. Customers seem to be understanding on Facebook and support the dive centers in their strike.

So what will the government do with the extra money?

Good question. So far the dive centers have felt very abandomned in their battles with keeping the red sea healthy.  I’ve heard several people say on facebook they expect the money will go straight to Cairo and will never be invested in the health and well being of the Red Sea. But maybe there will also be more news about that in the up coming days.

Diving/tourism is one of Egypts most important sources of income,  it’s smart of the government to get some money from it…. but I’d like to see it re-invested back where it’s obtained and without hurting the dive centers. I believe the impromptu implementation and height of the tax will damage the dive centers badly. It also shows how little the Egyptian government has taken the dive centers in consideration. It will weaken Egypt’s strong position in the dive sector as it will be not as cheap anymore and there’s a real risk it will make small dive companies close their doors. In other words; it’s going to work against Egypt.

The dive centers have my full support and admiration for standing together and taking a stance. I wish them all the best and hope the Egyptian government will talk to them and come to a solution that works for everyone and will benefit the beautiful Red Sea! 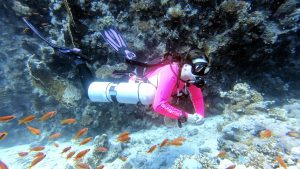 Do you have extra information into regards of this article to make it more informative? Get in touch by contact form!