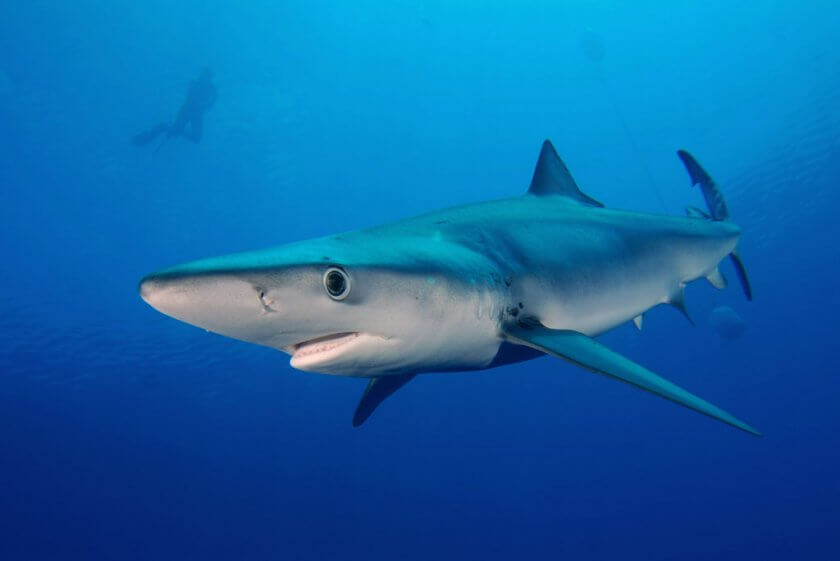 The Azores! A group of 9 islands in the middle of the Atlantic Ocean. Quite possibly the best scuba diving Europe has to offer! Islands with a rich history, for many men it was the last stop on a voyage to the United States from mainland Europe. Little harbor towns, now catering to the curious tourist with nice restaurants and kilometers of hiking paths. It’s fairly quiet as there is no mass tourism. The main reason I want to visit? The spectacular scuba diving of course!

How to get there:

From several European cities there are direct flights into either São Miguel or Terceira. More often than not you’ll be having a stopover in Lisbon, the capital of Portugal – but it depends where you fly in from. I know from the United States you can fly in non-stop from Boston in 5 hours! And Amsterdam – Azores ONLY 4 hours.

Faial is the perfect islands to go to if you want to see: Blue Sharks, Mobula Rays and Manta Rays.

At the famous dive sites Contador and Princess Alice you’ll find all the pelagic life.

Do keep in mind that these dives are only suitable for advanced divers due to current.

You can still go to Faial & Pico as a beginning diver, but then it’s better to stick to the calmer local dives. 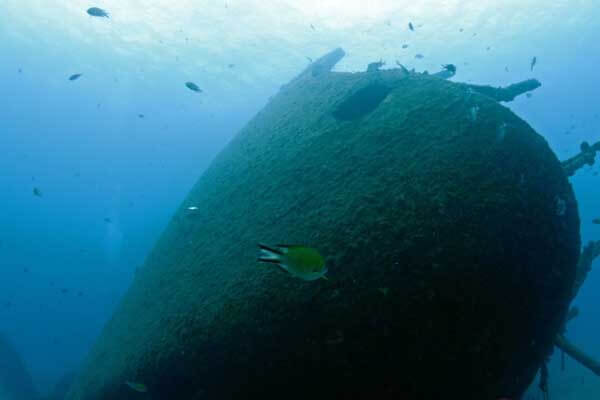 If you want a mix of wrecks, hydrothermal vents and just great diving… go to São Miguel.

The dive shop, Azores Sub, is a very professional dive shop that offers all the SSI/PADI courses as well as local diving.

They also offer trips to the Formigas Islets. Located between São Miguel and Santa Maria. Here you can find a lot of diversity, but nothing is guarenteed… Hammerheads? Blue Sharks? Even the occasional Galapagos shark is spotted! 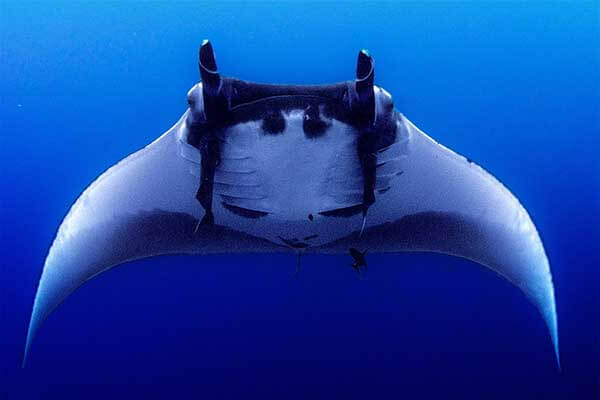 This is the island to go to if you want to get lucky and DIVE with Whale Sharks. In the Southern part of the Island they swim by the local dive sites. There’s ofcourse no guarentee, but they are frequently spotted.

My plan is to combine Santa Maria with São Miguel as it’s the perfect two island to combine as they’re very close to each other.

Also from Santa Maria you can reach the Formigas Islets AND another dive site called:

Contact me for more information. I can also help you with accommodation and flights.* Direct flights from Boston and Europe! 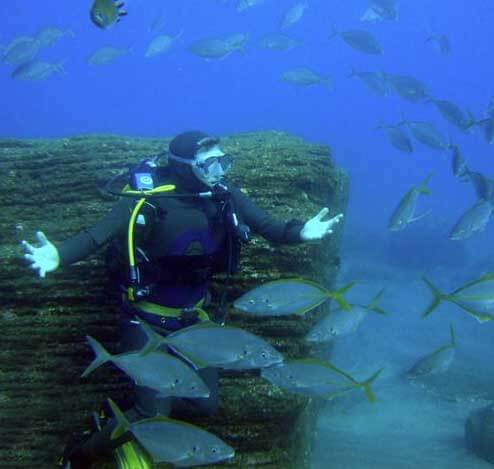 With the top of her stern at a depth of only 9 metres, and the bow in the deepest part at 20 metres, the Dori shipwreck is a great place for all types of dive and snorkelling trips. Considered by many as the best dive site on the island of São Miguel, this wrecked Liberty ship on the sandy seafloor was built during the Second World War in the United States.

It was one of the few ships of this type that took part in Operation Overlord along the coast of Normandy, as well as taking part in a number of other wartime missions, and it eventually sank 800 metres off the coast of Ponta Delgada on 16 January 1964.

Today it is an underwater archaeological park; the stern, to the north, is still quite intact and is surrounded by clouds of small fish as well as occasionally shoals of pelagic fish.

Local long known for unique dives and encounters with large pelagic species, the small group of islets Formigas lies between the islands of São Miguel and Santa Maria. With only 165 meters long and 11 high, indicated by a small lighthouse, the islets are within 42 nautical miles of Vila Franca do Campo.

Due to its remote location and the possibility of strong ocean currents, this dive requires a high degree of experience on the part of divers, and it’s only possible to make this trip with very favorable sea conditions.

As like in the small islands of Formigas the great attraction of this dive site is the possibility of encounters with large pelagic species. Over the abyss, which involves the crown, are observed frequently a variety of schools of larger specie, such as white trevallies with exceptional dimensions, as well as  Almaco Jacks, Yellowmouth barracuda, and migratory pelagics such as tunas, and wahoo’s . Often among the large schools of fish in fast moving, slowly groups of manta rays and even some species of sharks, such as the Galapagos shark, the hammerhead shark and blue shark.

A trip to Formigas Islets is arranged at the dive shop when there are 6 or more people wanting to go.

Contact me for more information. I can also help you with accommodation and flights.* 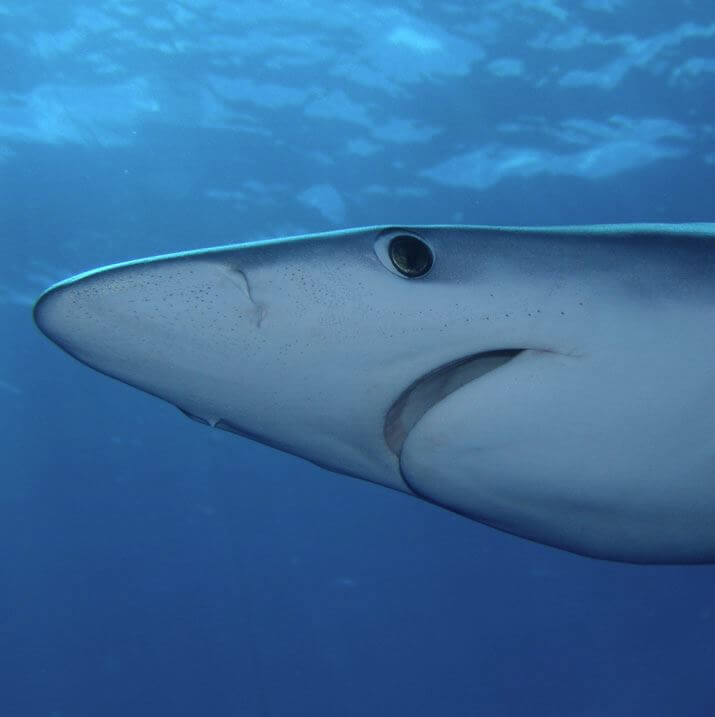 The best dive sites around Faial

The dive with Mantas (Mobula tarapacana) is classified as one of the best dives in the Azores. It’s located in a submarine bank named “Princess Alice”, more less 45 nautical miles on the South of Faial Island with 35 meters of depth. In this experience you will have the chance to dive in the heart of the Ocean with these majestic animals. Occasionally you also have the chance to see Tunas (Katsuwonus pelamis), Barracudas (Sphyraena viridensis) and Almacos Jacks (Seriola rivoliana).

This trips are made from July to September, and you go to the diving spot by zodiacs. In this trip you will have the opportunity to see one of the fastest fishes in the ocean, the Blue shark (Prionace glauca). It’s one in a life time experience, where you have the chance to be in the world of this amazing predator.

This dive is not considered a deep dive. The divers will be between the surface and 10 meters, the depth where the bait box is placed. The boat will drift and the divers and snorkelers will be near the boat. There will be a safety cable tied to the boat in case there is a strong current and for more unexperienced divers.

Contact me for more information. I can also help you with accommodation and flights.* 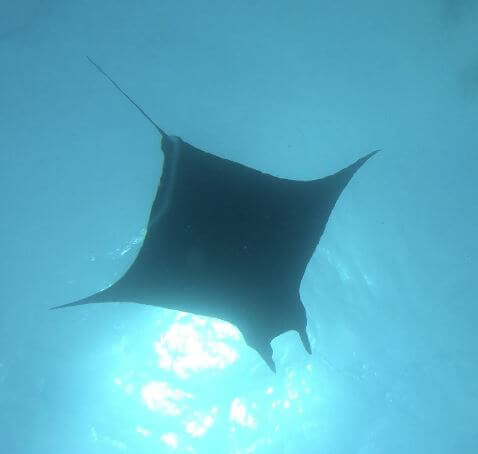 One of the most popular dive sites of the Azores, the “AMP” – Protected Marine Area of Baica do Ambrósio shows an incredible diverse and abundant marine life, as is usually only found in the remote seamounts.
Only 3 miles away from the North coast of Santa Maria, Ambrósio became famous for the often huge groups of Manta and Mobula Rays that hoover peculiarly around scuba divers in the summer months.
It’s a deep dive, often subject to moderate to strong currents. It is nevertheless accesible to less experienced divers and even suitable for snorkeling.

If you’re very lucky you will see Whale Sharks during your dives on the South (local) side of the Island. 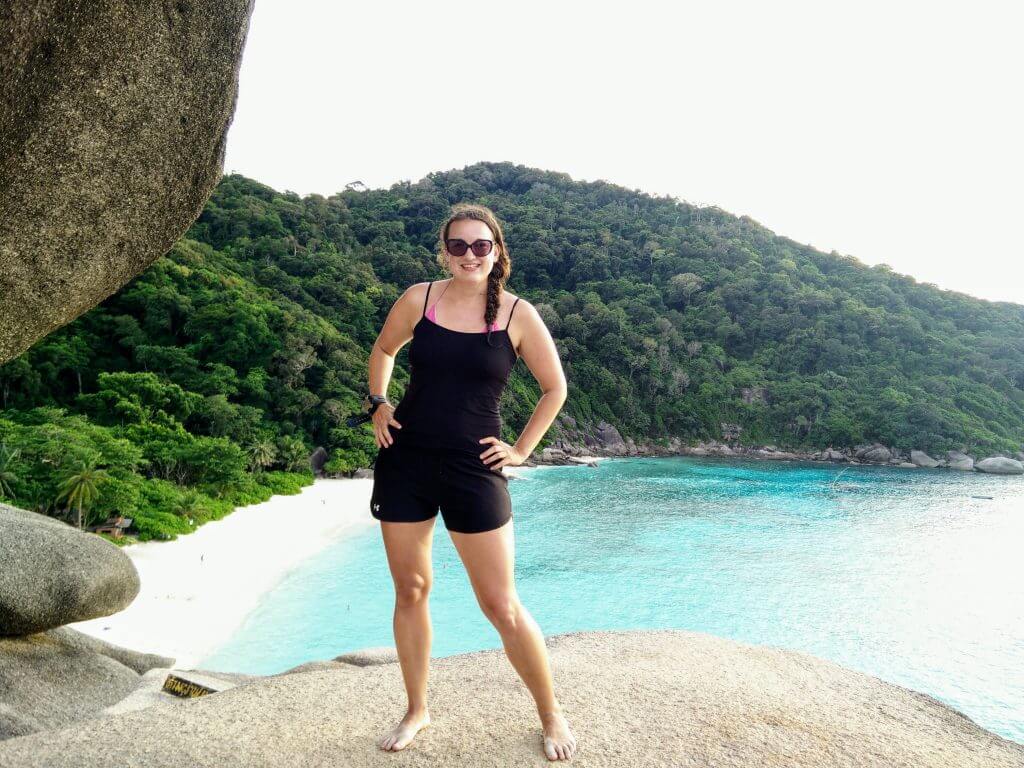 Do you have some questions after reading this article about scuba diving in the Azores? Feel free to contact me for either a personal holiday offer or just with a question you have!